How are the gears going on a bike? 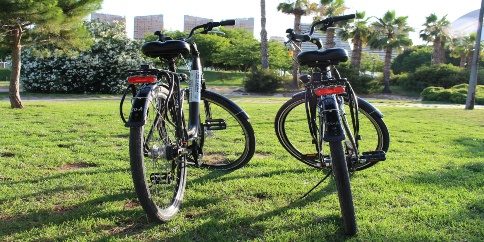 Now, let’s see how are the gears going on a bike and how we can handle this situation if we want to develop large or small speeds. It depends on how we use a bicycle. It is clear that any engine that is recharged in effort, tends to overheat and can even melt. For this reason, we must be quite cautious in the use we give to our electric bicycle.

Advices if you bought an electric bicycle

If we just bought an electric bicycle and do not have much previous experience, it is best to read the instruction manual or document through the networks on what is the best way to take care of our new acquisition.

We must start by knowing that most of these bicycles have three changes or three speeds, and we must get used to know at what time these changes must be made to not force the engine of the bike and also not force our knees making a greater effort.

For now it is important to clarify that the different changes will be noticed with the impulse or rhythm that the bike carries when rolling and the force with which it can move. The frequency of the shooting will be about 70 revolutions per minute, which would correspond to a pedaling per second.

How many types of changes exist on an electric bicycle?

The issue is that if the changes are made automatically, it is understood that they are on time, but if, on the contrary, the changes are made by the cyclist, he must know when to make them and that the chain of the bicycle does not suffer the consequences of these sudden changes, such as would happen with the clutch of a vehicle.

How to make these changes or marches in automatic bikes

The secret of these changes so as to force the motor of the bicycle is not to combine small pinion with small pinion or large plate whit large pinion, but are inversely combined to prevent the chain from crossing and be damaged. Another very important advice is that you should never start the bicycle, if it has a high speed, because this can also cause some severe damage to the machine.

On the contrary, when you start, you must have the bike at a low speed, and go accelerating little by little until the changes occur smoothly. You should not make sudden changes, but should be doing little by little and progressively without forcing the bicycle. In case of one of these abrupt changes, the chain jumps and then you must immediately lower it and put it back on by turning the pedals in the opposite direction.

As bike hire in Valencia experts, in bikes and roll we care to explain the operation of our bicycles to our customers.