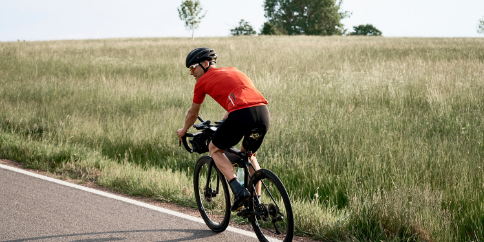 Enjoy the exceptional weather of Spain by bike! Rules and laws are easy, so don’t doubt renting a bike. However, some of them are a but ambiguous and can lead to different interpretations. So check out all the things you must know before starting exploring the city, and rent a bike in Valencia.

When cycling in Spain as in any other country, you must always try using hand signals to communicate your intentions to other people.

To make the stop signal or if you decrease speed, half of your arm must point the floor and the other half must stay perpendicularly to your body.

To turn right extend your right arm perpendicularly to your body. And to turn left extend your left arm the same way on the left side of your body. You can also indicate by extending your arm horizontally, the same as motorcyclists do.

Bicycles in Spain are considered vehicles. They have similar rules that other vehicles, such as motorbikes or cars.

Cyclists under 16 years old must wear a helmet at all times and adults over 16 are obliged to wear a helmet (only when riding outside of urban areas). But there are some exceptions, if you are a professional cyclist, riding during excessive heat or riding up steep hills, it’s not necessary to wear a helmet.

Bicycles must be fitted with rear reflector, a bell, and must have rear and front lights. Please never forget wearing reflective clothing between sunset and sunrise.

You mustn’t ride contrary the flow of traffic. You have to ride on the right hand side of the road, such as in Italy or France. It is permitted to use any designated bicycle lanes, but you can never ride more than 30 km/h. Don’t forget, if you see a bus lane, never cycle on it, only public transport is permitted.

You must take care when approaching junctions. And remember, it is also forbidden to exceed the speed limit of the road, or make dangerous or abrupt movements. And clearly, unauthorised racing is forbidden.

Mobile phones are forbidden while cycling. You’re not even allowed to listen to music. Besides, your hands must be on the handlebars, unless you are indicating your intention to turn or change direction.

You must leave at least 5m between the buildings facade and yourself when cycling near a building or house.

Park your bicycle only in designated spaces. Never attach it to a tree, a bench, street lights, a traffic light or waste bins.

Pushing a bicycle on the pavement is allowed. You are classed as a pedestrian in this case.

It is not permitted to ride a bicycle on sidewalks, pavements, public parks and any similar pedestrian area, except at a speed of less than 10 km/h unless: