Electric bicycles: How do they work? 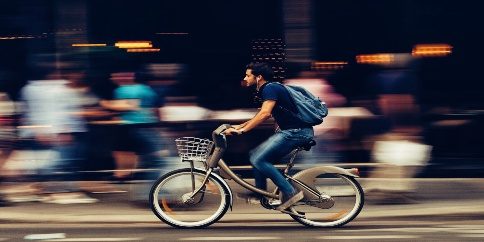 We already know that bicycles are considered as a light means of transport equipped with two wheels, but now we will see everything concerning electric bicycles:How do they work? Let’s start by differentiating them from the normal, since they have a special endowment and it is a small engine, which allows you to print certain speeds to the bicycle. And if you want a electric bike rental in Valencia please contact us!

What are the differences between electric bicycles and normal ones?

One of the small, but very marked difference between a normal bicycle and an electric bicycle, is that the electric bicycle is not suitable for training. However, we can use it successfully to improve our health, because in this particular type of bicycle meets with its function of allowing us to exercise the body.

What is also an undoubted fact is that electric bicycles are at the order of the day and have become increasingly popular. Many people prefer them for the fact that they do not have to make so much effort to travel on inclined terrains, because in this case the engine is responsible for making the effort so that this vehicle can easily ascend.

This mean of transport has become so popular and in such a short time, because in many cases has been able to replace traditional vehicles, such as cars, motorcycles and other public transport in a city.

When it comes to covering short stretches such as from home to work, from home to school or from home to the gym, or to make a visit, many times we prefer to go by bike than to start a motor with fuel consumption.

Let’s see the exact operation of an electric bicycle

Of course if we buy a bike to get fit, then we must dispense with the small engine and exercise the legs pedaling, otherwise, we would not be progressing in the burning of calories. Electric bicycles, also do not work as if it were a motorcycle, in fact, you need to pedal for the small engine to take action. So in one way or another, with an electric bicycle the cyclist must make some effort to have to pedal to start it.

These bicycles are equipped with a sensor, which is activated through the pedals and for this reason it can not be said that the cyclist’s traction is eliminated. This sensor is the one that indicates when the small motor starts operating and when it ceases its traction functions.

Of course, this engine does not work with fuel, instead it uses a rechargeable battery, which allows it to ignite and exert the necessary traction in due time. This battery is usually located in the bicycle tube and for safety reasons, it can be removed easily while leaving the bike parked outside the garage.

It is necessary to clarify that not all batteries are equal and that some are of greater capacity than others. Therefore, it does not depend on the bicycle’s model, but rather on the capacity of the battery, which has more force or less force.