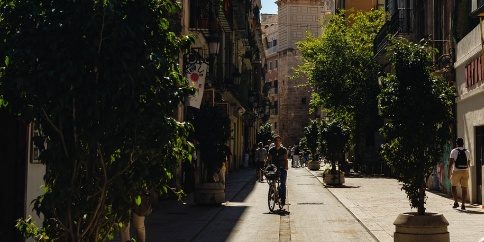 We will comment about the importance of the Valencian cycling ring, the safest route, and it is the case, that although the rulers do some bad things and others worse, in this case we must applaud the government’s initiative to create a safe route for cyclists. This is something that had been asking for a long time to provide cyclists with greater security during the crossing of their journeys.

Also when we say that it is the safest route for them, it is because they are now free to suffer an accident when being hit by a vehicle that caught them off guard when trying to cross a corner or even transiting the road quietly. In a collision of a car with a cyclist, the latter will always take the loss, and certainly will be injured.

Valencia has become one of the cities with the best access to soften the free traffic of lovers of these light vehicles that have boomed in recent decades. Bicycles, whether mechanical or automatic, have come to soften vehicular traffic, since they have somehow replaced the use of cars and motorcycles by the main roads as many people have taken the alternative of using them frequently to go to work.

The construction of this cycle ring in Valencia should be an example for the other major cities of the country, and even other parts of the continent and the world. This initiative has solved the problem of traffic a lot and has also contributed greatly to saving fuel and of course, it has also lowered the rate of environmental pollution.

How is the Valencian cycling ring

It is actually a bit narrow and you have to be very careful with pedestrians who cross right and left, but it is not cool to walk it because it is quite fun after all and produces a feeling of well-being when pedaling in the open air.

The governor that leads this work is Mr. Giuseppe Grezzi, and according to him, not only the cyclists have been benefited by putting this ring in operation, but even more the car drivers, who have seen a better affluence of the automotive traffic and also pedestrians who are less stressed with the crossing of avenues and streets that have been decongested a little more.

Before having the ring of cyclists in Valencia, the streets were much more congested and there were too many bikes on the sidewalks disturbing pedestrians. It is for this reason that we have to recognize the great effort that the government has made to relieve this situation and accept that the results have been good, because having reduced the automotive traffic, tourists can move more easily in their cars or in the different means of transport.

With this Valencian bike channel, tourists can also transport them from one place to another. On the other hand, people who decide to make a walking tour can also do it more easily, because thanks to the bicycle ring, there are no longer as many bicycles transiting the sidewalks and bullfighting pedestrians.

And if you want an alternative to the bike, you can always consult us for our electric scooter rental Valencia.