The best bike parks in Valencia to cycle around

Biking is definitely one of the best ways to get to know the city of Valencia, especially if you need to breathe fresh air and escape to some green beautiful areas. Not only will you feel delighted by the parks beauty, you will also feel great due to the many health benefits of cycling.

Multiple tourists visit the city of flowers and Fallas every year, since it has got so much to offer. There are multiple beautiful parks with Gardens in Valencia to bike and enjoy, such as the Cabecera Park, the Gulliver Park and the Central Park of Valencia.

Keep on reading to learn more about each park! 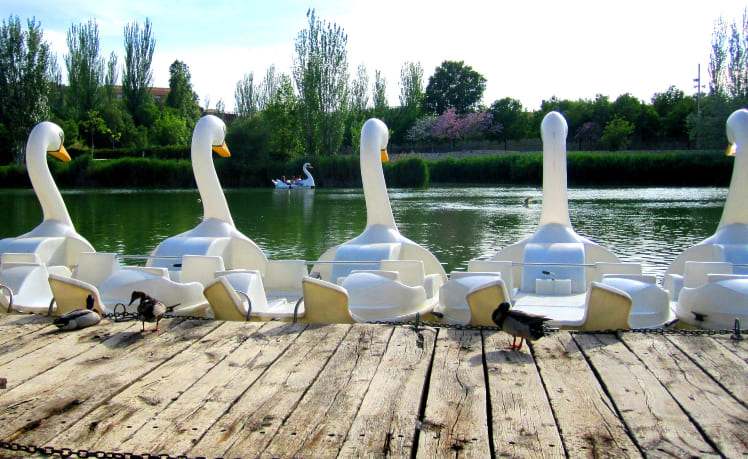 The Parque de Cabecera or Cabecera Park is a bike park in Valencia which receives its name for being exactly at the head of the old Turia riverbed. It is located right at the entrance of the city.

The park runs through the natural flow of the Turia Gardens in Valencia and it offers the city and its citizens a green place with lots of nature. In addition, it encourages you to ride your bicycle along its many paths through the Turia River. The Cabecera Park is divided into four zones which are: The Ribera Forest, the Bioparc, Viveros, the Amusement Park and the Mirador Platform. The Ribera Forest has a cool route that goes along the left bank of the Turia River. It also crosses a large forest area with many interesting activities to do.

Jardines de Viveros, also known as The Gardens of the Royal Palace are located in San Pío V Street in Valencia City. The park is surrounded by greenery, especially many trees. It doesn’t have a uniform design since it is formed by different plots that were acquired in different phases. There, you’ll find a wide diversity of trees. In fact, there are about 2,700 specimens of 167 different plant species.

It’s also a great park for children since there are tons of games for them, such as slides and swings. And of course it has everything a bike park in Valencia needs; nice paths and fresh air.

The Gulliver Park is located in the Turia Gardens of Valencia. It‘s got specific attractions for children, starting with the 70-meter-long Gulliver character with ramps, slides and stairs that kids are ready to climb. The representation is magnificent as it simulates when Gulliver arrived in Lilliput. It even has people walking through his body, pretending to be inhabitants!

The Turia park is very close to the City of Arts and Sciences and it has got many trails where you can cycle through with ease and enjoy the ambiance of the river.

The Botanical Garden, or Jardín Botánico in Spanish, is located on Quart Street next to the old Turia riverbed. It belongs to the University of Valencia, and was built in the 16th century. This bike park of Valencia has a large botanical collection with around three thousand different species, including plants and trees from all around the world.

Although it’s not free to enter, it is quite affordable and it’s totally worth a visit. You cannot miss its palm trees, tropical trees and cacti! On the other hand, keep in mind that it is forbidden to ride a bicycle inside, so make sure to leave it out.

One of the newest gardens in Valencia is the Parque Central or Central Park, which was recently built in order to recover the land occupied by train tracks. They unintentionally separated the city of Valencia in two, so a large space has been recovered and neighbourhoods have been joint, creating a modern green area with social and cultural facilities. An ideal bike Park in Valencia and new place to cycle!

Have fun and rent a bike in Valencia to go on this adventure! And make sure to learn the cycling laws and hand signals in Spain before going on your trip.